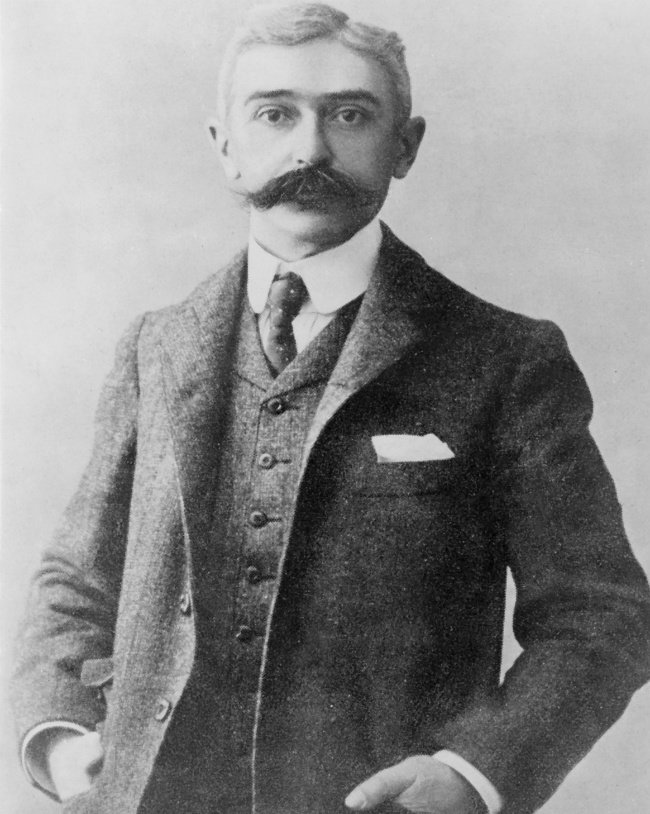 As all eyes are focused on the 2018 Olympic Games in PyeongChang, South Korea, few realize the Olympic Games as we know them today began just a little over a century ago. In the ancient Olympic Games, amateur athletesâ€“ all maleâ€“ competed for victory, clothing, animals, olive oil and women. Today, gold, silver, and bronze medal winners receive anywhere from 6,500 to 1 million dollars per medallion, a far cry from its nobler beginnings.

The father of the modern Olympic Games, having revived a tradition dormant for nearly 1,500 years, Pierre de FrÃ©dy, Baron de Coubertin, was born in Paris on January 1, 1863. He was the fourth child of Baron Charles Louis de FrÃ©dy, Baron de Coubertin and Marieâ€“Marcelle Gigault de Crisenoy. Geneaologists believe that the FrÃ©dy name first arrived in France in the 15th century. The first recorded title of nobility was granted to a family ancestor also named Pierre de FrÃ©dy, by Louis XI in 1477. The countryâ€™s unexpected defeat in the Franco-Prussian War in 1871, followed by political upheaval, and the later scandal of the Dreyfus affair, were formative events for a child raised in a royalist family with a long history of noblesse oblige, becoming the backdrop of Pierreâ€™s future accomplishments.

In October 1874, Pierreâ€™s parents enrolled him in a Jesuit school called Externat de la rue de Vienne, hoping the rigorous education would form a strong moral backbone in their son. While many of the schoolâ€™s attendees were day students, Pierre boarded under the supervision of a Jesuit priest. Since sports were an important part of his personal development, he regarded them as essential for the development of his moral character and firmly believed they should be part of a well-rounded education. Pierre enjoyed boxing, fencing, horse-riding, rugby, and rowing. He naturally looked to the example set by the Athenian idea of the gymnasium, a training facility that combined physical and intellectual development. This became a core part of the new educational strategy he was contemplating for France. Though he later refused to pursue the military career his parents had planned for him, he did decide upon a pedagogic one.

In 1883, at the age of 20, Pierre visited England for the first time, and studied the program of physical education instituted by Thomas Arnold, the Headmaster of The Rugby School. At that time, sports were considered frivolous in France. Arnoldâ€™s theories about the benefits of combining physical and intellectual education were being practiced in schools all across England. They became an important influence on Pierre, as did those of Dr. William Penny Brookes, who believed that the best way to prevent illness was through physical exercise. What Pierre saw on the playing fields of Rugby and the other English public schools he visited was the way â€œâ€¦organized sport can create character and social strength. Not only did organized games help set the mind and body in equilibrium, they also prevented time being wasted in other waysâ€¦â€, which he explained in his 1888 book, Lâ€™Education en Angleterre.

In December 1889 the New York Times mentioned Pierreâ€™s visiting the campus of Yale University. â€œâ€¦His object in coming to this country,â€ reported the newspaper, â€œis to make himself thoroughly acquainted with the management of athletics at American colleges, and thereby to devise some means of interesting the students at French universities in athletics.â€ However, Pierreâ€™s attempts to introduce educational reforms and generate greater interest in physical education and sport were met with little enthusiasm on his return to France. Nonetheless, he continued to work toward his goal and in 1890 founded the sports organization, Union des SociÃ©tÃ©s FranÃ§aise de Sports AthlÃ©tiques (USFSA).

Inspired by the enthusiasm for new archeological discoveries in Olympia, Greece, Pierre suggested the idea of reviving the Olympic Games at the annual USFSA meeting. His speech garnered applause, but little commitment to the idea he was advocating, since he was not the first who had proposed it. Before him, Dr.William Penny Brookes, whom he had met while in England, had tried to organize his own version of the Olympics, held at the Crystal Palace in London in 1866, but he was unable to gather international support.

Pierre persisted in bringing people of all nations, races, and cultures closer together in a common pursuit of excellence in sports, and despite some missteps, he managed to assemble 79 delegates from nine countries to attend an international conference, which was held on June 23, 1894, at the Sorbonne in Paris. The conference created the International Olympic Committee (IOC). With Pierre as its general secretary, tasked with organizing the games. He suggested the Olympicsâ€™ motto be â€œCitius, Altius, Fortiusâ€ (Faster, Higher, Stronger) as well as creating the symbol of the five interlinking rings representing five continents, patterned after the uniform worn by the athletes of the USFSA. He developed the Olympic Charter and Protocol, including the procedures for the opening and closing ceremonies, which are still used today. In addition he wrote the Athleteâ€™s Oath: â€œIn the name of all competitors, I promise that we shall take part in these Olympic Games, respecting and abiding by the rules that govern them, in the true spirit of sportsmanship, for the glory of sport and the honor of our teams.â€ He also decided that the first modern Olympics would take place in Athens, Greece, and that they would be held every four years. The wealthy Greek writer Demetrious Vikelas was selected to be the first president of the IOC. The 1896 Olympic Games were a striking success. Vikelas stepped down after the first games and Pierre took over the IOC presidency.

The Olympic Games initially faced some formidable challenges. The 1900 Olympics in Paris met difficulty, largely because the participation of German athletes angered French nationalists who begrudged Germany their victory in the Franco-Prussian War. And the U.S. teamâ€™s refusal to forgo raising the Stars and Stripes before the King of England ignited fears that the spirit of the Games would become tarnished by nationalism. As a result Pierre became disillusioned, having been firm in his belief that athletic competition would promote cross-cultural understanding, thereby lessening the probability of future wars.

The 1904 Olympics held in St. Louis, Missouri, were overshadowed by the more popular and concurrent St. Louis Worldâ€™s Fair. It wasnâ€™t until the success of the newly-created, interim Summer Olympics in 1906, held again in Athens, that Pierreâ€™s dream achieved its current status as the worldâ€™s foremost sports competition.

Following on the heels of his success, Pierre created the modern pentathlon for the 1912 summer Olympics in Stockholm, Sweden. He won the gold medal for literature for his poem Ode to Sport. It was the first time that art competitions were part of the Olympic program. Medals were awarded in five categories (architecture, literature, music, painting, and sculpture) for works inspired by sport-related themes. Art competitions were part of the Olympic program from 1912 to 1948, but were discontinued due to conflicts about amateurism versus professionalism.

During WWI, Pierre and his family fled to Geneva, Switzerland. He stepped down from the IOC presidency after the very successful 1924 Paris Olympic Games. He remained Honorary President of the IOC until his death in 1937. In 1936, one year before he succumbed to a stroke, he was nominated for the Nobel Peace Prize, but didnâ€™t receive it. He is buried in Lausanne, Switzerland, the home of the IOC, though his heart is rumored to be buried separately in a monument near the ruins of ancient Olympia in Greece.

A growing number of experts are currently questioning the profitability and the benefits of hosting the Olympics. In South Korea, for example, forests of wild ginseng, old-growth yew, birch and cherry trees, were cut down to accommodate a ski run. To remedy this problem due to a decreasing number of candidates, the IOC launched â€œAgenda 2020â€ three years ago, comprising, â€œâ€¦a set of recommendations encouraging bidding cities to promote the use of existing facilities and infrastructure in order to make hosting the Olympics more beneficial and affordable.â€

Regardless of the total price tag, a considerable portion remains to be paid by local taxpayers. The IOC, corporate sponsors, athletes, individual judges, journalists, vendors, and media producers are currently exempt from paying taxes. IOC members are paid 7,650 dollars for anywhere from 2 to 5 weeks of actual work, and the organization itself retains 10% of the gross profits.

In 2024, the 100th anniversary of the Paris Summer Olympic Games, they will again be held in the City of Light. The budget for these games is 6.8 billion euros (8 billion dollars). In line with the Agenda 2020 recommendations, the mayor of Paris, Anne Hidalgo, has said that more than 95 percent of the proposed venues are already in place, and all that is left to build is the Olympic pool facility, and a new Olympic village in the Seine-Saint-Denis neighborhood. It is yet to be seen whether the Olympics will further inspire cross-cultural understanding and world peace, as Pierre de FrÃ©dy, Baron de Coubertin had dreamt. 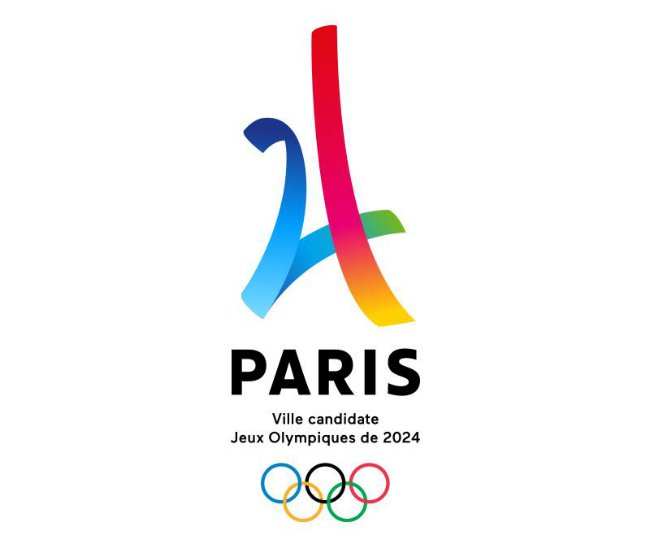