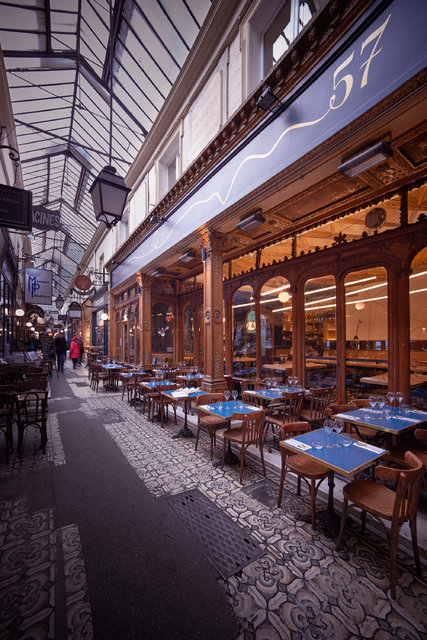 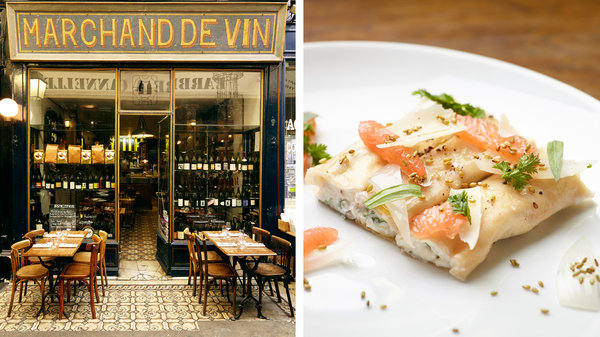 Paris’s oldest covered passageway, Passage des Panoramas in the Second Arrondissement, has taken shape as a gastronomic incubator of sorts over the past decade. Stone-paved and glass-roofed, the pedestrian arcade opened in 1799 and has housed stationery stores, printers and specialty shops ever since.

The newest chapter in the Passage’s story is Canard & Champagne, which opened in February and proposes a shrewdly Gallic version of the American concept of fast casual dining. Its creators – the restaurateurs Jean Valfort, who launched the gourmet burger trend in Paris with his Blend restaurants, and Pierre Dutaret, who comes from a famous foie-gras producing family in southwestern France – take North America’s mall-food format in a decidedly gourmet direction: A deliberately short menu offers, simply, duck and Champagne (and salad and steak). “Our idea was to reaffirm France’s gourmet identity through a subtle form of gastronomic patriotism,” Valfort says. “After all, what could be more French than foie gras, duck the way we prepare it most often in France – as a confit, or cooked in its own fat, or as juicy duck breast cooked rare, and Champagne?”