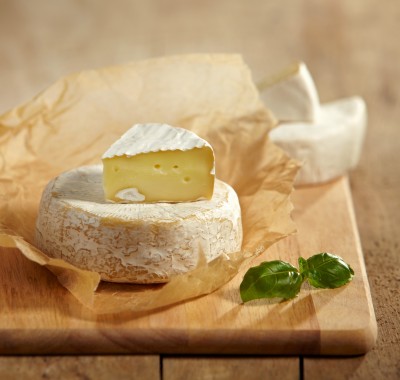 Thanks to its moderate Atlantic climate and lush agricultural land, Normandy has long been Paris’ food basket, supplying the richest dairy products, beef, seafood and apples.

An Impressive Range of Seafood…

Normandy’s fishing harbors supply a growing output of fresh and prepared fish and shellfish. The coast’s fresh scallops, mussels and fish shine in a stew known as marmite dieppoise, named after its cooking vessel and its seaport birthplace of Dieppe. Oysters, clams, shrimp and lobsters (the latter are called Mademoiselles de Cherbourg) are plentiful in the Calvados and Cotentin waters and make up a royal plateau de fruits de mer (seafood platter). The Normandy coast also provides turbot, hake, mackerel, skate and sole to local and not-so-local menus.

As Well As Meats and Cheeses. 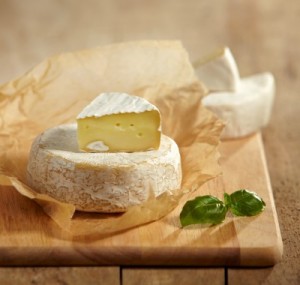 From the salt-marsh pastures come delicately flavored lamb, tender chicken prepared “A la Vallee d’Auge”(with a Calvados and cidre sauce), duck served Ã  la Rouennaise” (with a creamy white sauce). Pork is made into andouillette de Vire (chitterling sausage), boudin noir de Mortagne (blood sausage), tripes Ã  la mode de Caen and Cotentin ham. The excellence of Normandy’s meat is matched only by that of its cheeses. A tiny village has given its name to the most famous of French cheeses–Camembert– but other names are famous worldwide: Neufchatel, Pont-L’Eveque, Livarot (also known as the “Colonel”), Pave d’Auge and Saint-Paulin. For a finishing touch to memorable Normand meals, local dessert menus list souffle normand (made with macaroons, apples and a generous dash of Calvados ), bourdelots (apples cooked in puff pastry), cookies or sweets such as Isigny toffees or apple sugars from Rouen.

The beverage of choice is cidre (hard cider), a fermented apple juice that has been made locally since the Middle Ages, or poire a fermented pear juice. Calvados, or Calva as it is known locally, is an apple brandy made from distilled cider that can be drunk in the middle of a meal to clear the palate–the famous trou normand (normand hole)–or afterwards. Less harsh to the taste, Benedictine is a liqueur created in a monastery in Fecamp, where it is still made today.