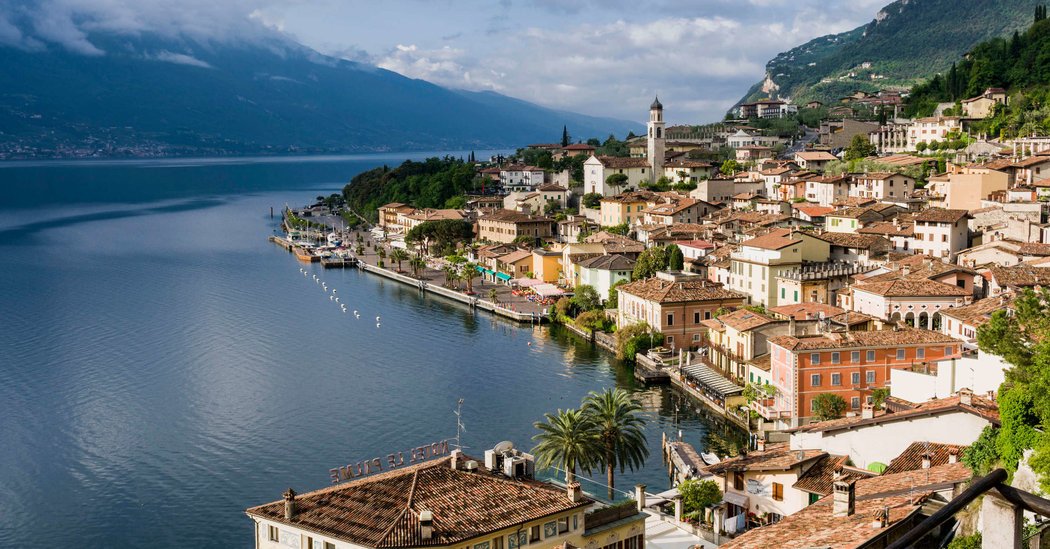 Flight delay predictions, mobile trip-planning, automatic itinerary management, language translation through Bluetooth earbuds, and a smartphone that enables users to learn about landmarks by tapping an icon and aiming the phone at them: These are among the travel innovations Google has been introducing in recent days and weeks. While a Google Pixel 2 smartphone costs upward of $650, the companyâ€™s latest tools are free. In fact, they may already be on your phone, nudging Google closer to being a one-stop destination for on-the-go vacation planning.

Searching Google for a hotel or flight was once two separate activities. You could run a search for a flight across multiple airlines. Or you could search a city for hotels. Now, however, when you use an Android or iOS smartphone to search Google for a flight, a hotel or even a destination, youâ€™ll find a blue navigation bar. It appears on your screen when you tap your Google search result â€” be it â€œRome flights,â€ â€œRome hotelsâ€ or simply â€œRome.â€ There are separate tabs for flights and hotels (like you see on sites such as Priceline), as well as an â€œexploreâ€ tab to check out the destinationâ€™s top sights and best times to visit, and a â€œyour tripsâ€ tab where Gmail users can see their future and past travel reservations, and email those reservations to others. (Travelers can also edit their itineraries and see them offline if they use the Google Trips app, which allows users to check out things to do and places to eat; review transportation options; see emergency numbers; and find out about local currency and free Wi-Fi locations.)

With the blue navigation bar, users can now easily move between flight and hotel options. The feature is currently being rolled out on mobile phones in the United States. A spokeswoman for Google said there are plans to expand globally in the coming months.

Google has also added new features to Google Flights, its online airfare search and comparison tool. Now users can see whatâ€™s included (or not) with new fare types like basic economy. For instance, you can find out whether a particular fare on Delta or United allows you to choose your seat or store a bag in an overhead bin. Users may also be able to find out why their flights are delayed (to check your status, just search your flight number on Google), as well as view predictions about whether a flight will be delayed, based on historic flight status data and machine learning algorithms. (Google said it will share predictions only when itâ€™s at least 80 percent confident of the prediction). These days itâ€™s also possible to book certain flights through Google, as opposed to clicking a link and purchasing the flight on the airlineâ€™s website or that of a third-party like Expedia.

While these digital tools are free, they arenâ€™t the only additions that may be of interest to travelers. Google Pixel Buds ($159), Bluetooth earbuds that work with Google Translate on the companyâ€™s Pixel 2 phone, offer translation in 40 languages, including Italian, Hindi, Chinese and Spanish. For example, letâ€™s say youâ€™re in a cafe in Provence. You begin by gently pressing the right earbud touch pad and saying, â€œGoogle, help me speak French.â€

â€œSure,â€ the Google assistant virtual helper will say, â€œopening Google Translateâ€ (the app must be installed on a Google Pixel phone for this to work). When the waiter comes by, you can touch the right earbud again and say: â€œMay I have a coffee with milk and a glass of water, please?â€ Google Assistant will then speak aloud on the phone in French what you just said in English. When the waiter replies in French, youâ€™ll hear his words translated into English in your ear. Throughout the exchange, the phone will transcribe the conversation in English and French, enabling both parties to read on the screen the words being spoken.

Iâ€™ve been testing the buds for language translation in controlled environments, and the performance has been impressive. Of course out in the real world â€” where thereâ€™s noise and rapid talkers who are not necessarily interested in playing along â€” results may be different. Iâ€™ll be road testing these in other countries soon. Stay tuned.

The buds can be used for other travel-related tasks as well. By touching the right earbud, you can ask for the location of the nearest museum, gas station or McDonaldâ€™s. Request directions to a restaurant and youâ€™ll be shown a map and suggested route on your smartphone. Aiming to trip up Google Assistant, I said, â€œGoogle, make me a reservation at Nougatine,â€ referring to Nougatine at Jean-Georges, a restaurant in Manhattan. The assistant replied: â€œOK, letâ€™s make a reservation with OpenTable at Nougatine at Jean-Georges. For how many?â€

â€œSounds good. For 7:30. It looks like that time isnâ€™t available. Would 5:30 p.m. work for you?â€ It would not. But Google Assistant certainly did.

The Google Pixel 2 (starting at $649; the Pixel 2 XL starts at $849) comes with a widely praised smartphone camera. It also has Google Lens technology, which enables users to tap a Lens icon and then point the phone at things such as a landmark, an artwork or a movie poster to learn more, whether itâ€™s about a buildingâ€™s history, an artist or how a film was reviewed. Lens can also provide this kind of information after youâ€™ve taken a photo.

That said, these are early days for Google Lens, just as they are for the Pixel Buds. Lens is currently limited to popular images: It can identify, say, the Golden Gate Bridge and Mona Lisa, but not necessarily lesser-known objects, making it a fun-to-have feature for early adopters who can afford a premium smartphone, though not yet a travel game changer. Google said itâ€™s working on expanding Lensâ€™ range.

New features were also added to the companyâ€™s smart speaker, Google Home, and its siblings, Home Mini and Home Max. Home has long been able to assist with travel by answering aloud the sorts of questions travelers type into Google search: whether they need a visa to visit a particular country, the best time to visit, current weather, currency conversions, how to say â€œthank youâ€ in another language, as well as flight departure times and traffic conditions. New to that list is flight-price tracking.

Google Home users can begin by saying aloud, â€œO.K. Google, how much are flights to Hong Kong?â€ Google Home will then reply with the best current price for the route, ask you if you have preferred dates and if you want to track flight prices for those dates. Say yes and youâ€™ll receive an email confirming that youâ€™ve begun tracking prices for that route. If the cost of the tracked flight significantly changes, youâ€™ll receive an email alert.

This has also been a feature of Google Flights, and indeed those who donâ€™t have Google Home can sign up for route-tracking online instead.

Stephanie Rosenbloom writes the Getaway column for the Travel section, as well as features about solo travel and notable destinations. Over the years, she has had beats in the Business, Styles, Real Estate and Metro sections. @stephronytFacebook