MusÃ©e de Cluny, the Museum of the Middle Ages, to Close for Renovation 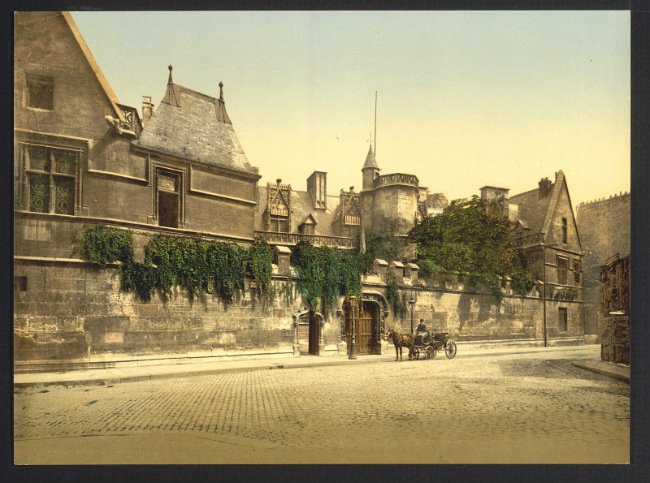 Of the hundreds of museums in Paris, the MusÃ©e de Cluny is one of our favorites: a gem in the Latin Quarter devoted to the Middle Ages. The building itself is remarkable. Dating from the 15th century, the HÃ´tel de Cluny is a mansion incorporating a sprawling bathhouse from ancient Roman times. Outside are lovely medieval-style gardens planted with herbs and medicinal plants. Itâ€™s a fascinating museum with a famous collection including the â€œLady and the Unicornâ€ tapestries, a series representing the five senses and a mysterious sixth.

Since 2016, the MusÃ©e de Cluny â€“ National Museum of the Middle Ages has been undergoing a massive restoration project, intended to make the museum more accessible. All the work is scheduled to be completed in 2020. As part of the construction, the entire museum will be closed to the public from March 1st to mid-July 2018. (The unicorn tapestries are currently showing in a special exhibit at the Art Gallery of New South Wales through June 24th, 2018. The tapestries have only left the Cluny Museum twice in the last 50 years.)

Come summer 2018, the museum will show off a new reception area close toÂ boulevard Saint-Michel. Architect Bernard Desmoulin has sought to respect the historic surroundings of the ancient buildings in its construction. Youâ€™ll also find a new tour route through the Roman thermal baths. To quote the museumâ€™s press office:

â€œThese important vestiges of the Gallo-Roman period have been entirely reinforced and provided with protection against bad weather. This new route can be explored with a tour guide, starting in the frigidarium and leading through the so-called salle des enduits, which still bears traces of painted murals, and the â€œRoman annexâ€, open for the very first time to the public.â€

MusÃ©e de Cluny- MusÃ©e national du Moyen Ã‚ge: 6, place Paul PainlevÃ©, 5th arrondissement. Tel: +33 (0)1 53 73 78 16. Website: www.musee-moyenage.fr. Hours: Open every day, except for Tuesday: from 9.15am to 5.45pm. Access: Metro: Cluny-La-Sorbonne / Saint-Michel / OdÃ©on. Tickets: Not including temporary exhibits: â‚¬8, reduced rate â‚¬6, Free of charge for persons under 26 years of age (EU citizens or long-term residents in the EU) and for everyone on the first Sunday of every month.

The post MusÃ©e de Cluny, the Museum of the Middle Ages, to Close for Renovation appeared first on Bonjour Paris.