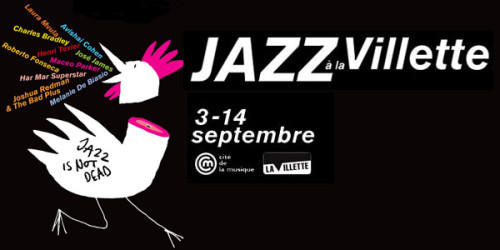 And in Paris for the next few days? If so, then youâ€™ll love Jazz Ã  la Villette, one of the most looked-forward to annual musical events in Paris in the fall.

Donâ€™t let the name fool you, however, itâ€™s not all jazz – the festival comprises a vibrant mix of blues, swing, funk, world music, and of course, jazz. Held at Parc de la Villette, the festival features a raft of unique concerts from well-respected masters to new talent, to fusion acts, and there is something for everyone and all tastes.

In addition, not to be missed is Jazz Ã  la Villetteâ€™s marathon concert, recreating the heady days of mid-20th century jazz.

1959 is generally considered to be Jazzâ€™s most creative year; it was the year that jazz record label, Stax, was born; the year that Billie Holiday and Lester Young died, the year Ray Charles blew everyone away with What Iâ€™d Say; the year Miles Davis released his hugely influential album, Kind of Blue. In fact, 1959 was the year a whole host of ground-breaking, landmark albums were released; from Dave Brubeck and John Coltrane to Duke Ellington, Ornette Coleman, and Charles Mingusâ€¦ jazz had become re-worked and re-defined.

Jazz Marathon 1959 brings together some of the most talented jazz musicians of today in this musical extravaganza, and features eight unique concerts in one weekend.

If that isnâ€™t enough to whet your appetite, the festival also has a program of movies which were released in 1959, including Some Like it Hot, starring Marilyn Monroe, Tony Curtis, and Jack Lemmon.