French Faux Pas: What Not To Do In France Or With A French Friend 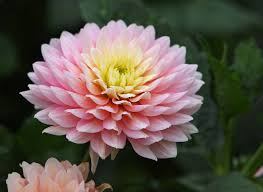 Wherever I go, I seem to take my Frenchness with me (whatever that is, really).Â Like most civilized countries, France has a particular set of rules, and donâ€™t you dare ignore them. When visiting my homeÂ country, youâ€™d be wise to keep some of these social norms and expectations in mind. We are not as tolerant as we look. Now you are warned. Truth be told, we willÂ actually be aghast at your breaches and blunders. But of course it goes both ways: you will find us odd from time to time. Or rude, bizarre, even arrogant maybe. We are just French, warts and all. Donâ€™t hold it (too much) against us, we were born that way.Â Cultural awareness and respect goes a long way, so here are 7 things NOT to do in France or with a French friend. Oh, and the list is far from exhaustive, feel free to add to itâ€¦

We Donâ€™t Hug, Unless We Are REALLY Close

To kiss or not to kiss, that is the question when meeting people in France. Some even call it the conundrum of the bise. Itâ€™sÂ a cross-cultural minefield of greeting gaffes, especially if you are too familiar with someone. I once almost slapped a British colleague who kissed me a bit too close of the corner of my mouth- in my opinion. I am sure that he meant no harm, but I havenâ€™t forgotten it (and it was, like, 10 years ago). In other countries, you might welcome someone with a hug, a peck on the cheek, a high five, a firm handshake or even a kiss on the lips (the Russian way!). Simply put: in France, donâ€™t do it. Â The customary greeting between friends is to kiss both cheeks once or twice, depending on the region â€“ PLEASE no sloppy wet ones, itâ€™s disgusting, just light kisses. Even casual acquaintances and colleagues might greet each other this way. Just follow suit. Oh, and a hugÂ is mostly reserved for lovers and close family.

Upon entering any store, say â€˜Bonjour!â€™ to the shopkeeper and make sure you also say â€˜Au Revoir!â€™ upon exiting. If you donâ€™t, it will be considered incredibly rude, and you might even not get served. And yes, you need to do it also at the doctorâ€™s waiting room, the pharmacist and the post office. All. The. Time.

Donâ€™t Expect Shops To Be Opened On Sundays

As a general advice, donâ€™t try to shop on Sundays in my home country. Things are slowly starting to change, but all shops wonâ€™t be opened, this much I know.

Those posies are associated with cemeteries, funerals and death. Carnations should be avoided, too, as they have a bad luck connotation. We French are very big on the symbolism of flowers. And be careful when you buy roses.Â As if choosing a specific rose colour werenâ€™t enough to express your innermost thoughts, you can convey your message through the number of stems or the type of rose you select. For instance, whether itâ€™s a school crush or a more mature passion, six roses symbolizes infatuation. AÂ thornless rose says â€œlove at first sight,â€ and the tea rose says â€˜Iâ€™ll remember you always.â€ Simply put, itâ€™s a minefield. I would stick to chocolates if I were you.

Donâ€™t Be Too Noisy

This might be one of the reasons we French are sometimes considered to be rude: we donâ€™t like noisy people, and can be quite snotty with them. For instance, it is not polite to speak too loudly in a queue or in a restaurant. And if your children make too much noise, you are supposed to apologise and make them be quieter. Thatâ€™s the way it is. I remember a group of Americans in Paris being told off by the waiter because they were laughing too loudly. What can I say: we like people who try to remain quiet. So volume down, please! Shhhhâ€¦

Religion is a private matter in France.Â You NEVER EVER mention it, talk about it or even fill a questionnaire with your name on it for your company, for whatever purpose it might be. Please remember thatÂ France is a secular country. Obviously, France is not the only Western country to insist on the separation of church and state â€“ but I believe that it does so more militantly than any other. To an extent, you could say that secularism is the closest thing we French have to a state religion. The Republic has always recognised individuals, rather than groups: this means that you are supposed to be French first, then Muslim, or Catholic, or whatever your religion or ethnic minority might be. You therefore need to comply with the law even if it goes against your religious beliefs, because secularism prevails in all circumstances. Â Although it can be carried to extremes that other countries donâ€™t understand, this view of citizenship is fundamentally non-discriminatory and inclusive. Itâ€™s all about finding a common ground, whatever your religion. In short, donâ€™t ask. If you do, youâ€™ll get a lecture on laicite.

We French donâ€™t say â€˜Great!â€™ at every possible opportunity and we donâ€™t say â€˜Itâ€™s excellent, BUTâ€¦â€™when we donâ€™t like something. We like to say things, well, as they are. Maybe thatâ€™s why we are sometimes considered to be negative. We donâ€™t sugar coat our rebuttals. Itâ€™s not that weâ€™re not nice, itâ€™s just that we donâ€™t believe itâ€™s easier to be rejected politely. Rejection should be like taking off a Band Aid: to the point, and quick. What can I say? We are not wimpsâ€¦ 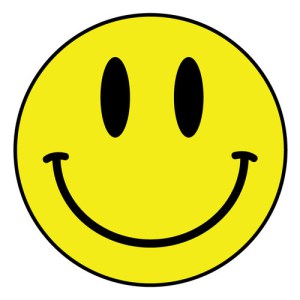 So tell me, what did It forget? And have your French friends ever done something odd? What was it?