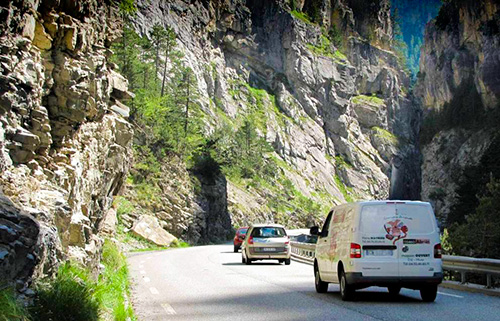 France, with its beautiful rolling hills, majestic mountains, golden coastline, and picturesque vineyards is a wonderful country in which to have a driving vacation. For visitors who are used to driving on the right, driving in France should not present any problems; however, you should be aware of â€˜prioritÃ© Ã  droiteâ€™, which means that basically, you should give way to traffic approaching from the right.

The thing is that this is an archaic law, which has been around since before motor vehicles were invented, and while in urban areas itâ€™s largely ignored, the law has never been repealed, so outdated or not, it still holds true, and nowhere more so than in rural areas, and with more elderly drivers.

The best thing to do is to keep an eye on the road signs (which really, you ought to be doing, no matter where you are!). â€˜Give Wayâ€™ signs apply to drivers who are joining from the right, not the other way around; however, in villages and in the center of Paris, you need to be especially vigilant because not everyone is going to adhere to this â€˜new-fangledâ€™ notion.

If there is no give way sign, do not assume that people will naturally slow down or stop to let you join if youâ€™re the one coming from the right. Be especially careful at crossroads (as indicated by this sign). 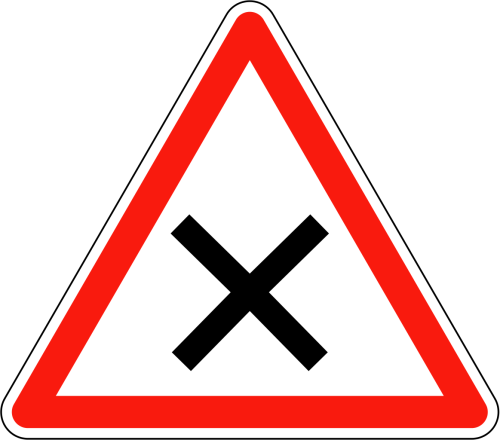 So how is the visitor to know which side of the road has priority? If the road you are driving on has this signâ€¦

then you have the right of wayâ€¦ until itâ€™s cancelled, which will be indicated by this one.

That said, as mentioned before, in rural areas, where people are slow to change, prioritÃ© Ã  droite is still assumed, so the safest thing for you to assume is that at junctions, cars coming from the right will not be stopping.

If you are unfortunate enough to be involved in a collision on a rural road, itâ€™s also safe to assume that whoever was coming from the left will get the blameâ€¦ regardless of what the national law says.