December 21 Apocalypse: a small town in the South West of France is the answer 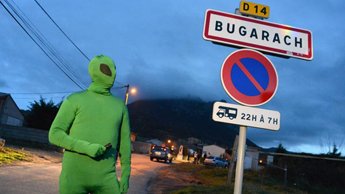 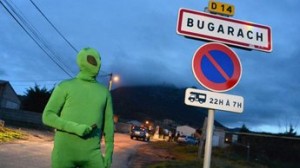 Eight centuries after Pope Innocent III launched a crusade to rout the Cathar heresy out of Languedoc, the rocky outpost of Bugarach is once again under siege.

Doomsayers who believe in end-of-the-world prophecies claim will be the only plot of land to be spared when our world comes to an abrupt end on December 21, making its 200 inhabitants the sole survivors of impending apocalypse.

Among the bizarre explanations for this privilege is the Pic de Bugarach, a lonely peak shrouded in mystery. It’s known locally as the â€œupside down mountainâ€ because the rocks at the top are millions of years older than the layers below. For the doomsayers, that explains why aliens chose it as a giant UFO garage.

Unfortunately, it’s too late to pack your bags for Bugarach: hotels around the town are already solidly booked, at least until the 22nd of December…

Read more on this story here