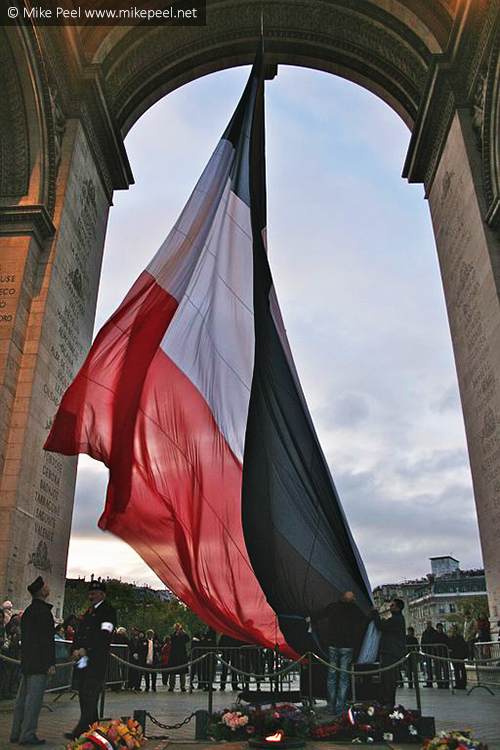 Armistice Day – Armistice de la PremiÃ¨re Guerre mondiale – (November 11th) is a national holiday in France, in remembrance of all those who were injured, and those who fell during the First World War and subsequent wars.

This solemn occasion sees people attend memorial services across the country, take part in military parades, such as those at the Tomb of the Unknown Soldier beneath the Arc de Triomphe, and lay flowers or wreaths at war memorials.

On Armistice Day, most shops and businesses, including some restaurant and cafÃ©s in tourist areas, are closed. Roads in the center of towns, particularly those around memorials, are usually closed too, for parades.