Abandoned French castle up for sale – yours for â‚¬50 ! 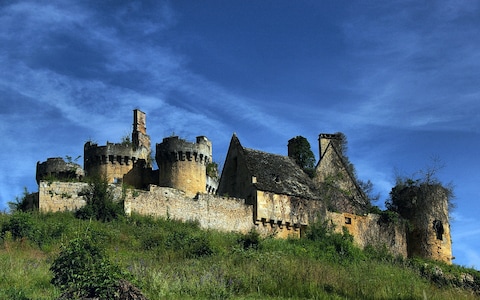 Anyone with aspirations of becoming king or queen of the castle should heed the call of a French campaign looking for people to become part owners of a remarkable 15th century chateau for just â‚¬50 (Â£46.25).

Chateau le Paluel in Perigord in the Dordogne region has been seized by the state after concerns that the impressive building was falling into a state of irreversible disrepair. The owner, understood to be a Monaco-based company managed by an Englishman, has until September 21 to pledge to save the castle before the authorities auction it off.

Adopte un Chateau, the crowdfunding operation looking to raise â‚¬500,000 (Â£462,000) to take ownership of the chateau and restore it to its former glories, is asking interested parties to buy shares starting from just â‚¬50. If successful, all contributors will become â€œownersâ€ of the building. As of Wednesday morning, nearly 850 people had raised â‚¬62,000. All funds will be returned should the campaign not reach its target by the deadline.