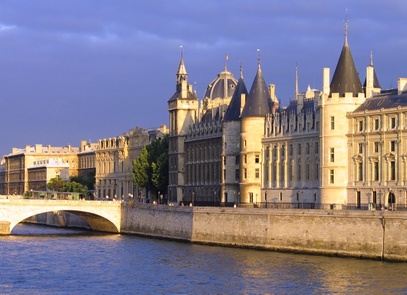 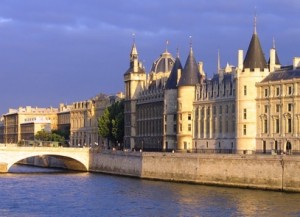 For those taking aÂ France vacationÂ in Paris specifically, it would be an error to avoid the Axe Historique. This “historical axis” of Paris is bookmarked by two modern marvels, and should easily be on every visitor’s “To See” list.

Start on the east end at The Louvre Museum. Â Easily the most famous art museum in the world, the Louvre is home to 35,000 works in their permanent collections. Â Wonder what exactly the missing arms of the Venus de Milo are doing, and watch for Robert Langdon in the massive crowd around the Mona Lisa.

The modern bookmark for the Axe Historique, though, is not the Louvre itself, but rather the Louvre Pyramid, the massive glass construction built in the 80s and designed by I.M. Pei. Â It serves as the main entrance for the Louvre; be sure to look up as you pass underneath.

Heading west, you’ll find yourself in the Tuileries Gardens, one-time home of the Palace of the Tuileries, which was destroyed during the French Revolution. Â Now it is a place of great arborial beauty for the common man, with breathtaking green panaromas to be enjoyed in the spring. Â And while the Eiffel Tower isn’t on the Axe Historique, you can see it from the Gardens (and along much of the Axe itself).

The next stop on the Axe Historique is the Place de la Concorde, one of the largest public squares in Paris, and site of the famed Obelisk. Â The Place de la Concorde holds a lot of history, not the least of which being the infamous location of a very busy guillotine during the Reign of Terror. Â This is where Marie Antoinette met her end; her final words were those of apology to the executioner, when she accidentally stepped on his foot on the way up the stairs.

West of there is the Champs-Elysees, filled with cinemas, cafes, specialty shops, and the famed horse-chestnut trees that line the way. Â Plus, there you will find the famed Arc de Triomphe, monument to the heroes of the French Revolution and the Napoleonic Wars, and holding the Tomb of the Unknown Soldier from World War I.

Specifically it is “Arc de Triomphe de l’Etoile,” the Arc of Triumph of the Star; located in the Place de Charles De Gaulle, “the Star” comes from the eleven major thoroughfares that radiate off of the monument.

The Axe Historique is big on arcs; the main Arc de Triomphe shares its name with the Arc de Triomphe du Carousel, also on the Axe Historique but closer to the Louvre. Â And then there is the Grande Arche, the western bookmark to the historic axis. Â Just outside of Paris in the suburb of Puteaux, the Grande Arche de la Defense is a massive office building and monument, part of the “Grand Projets” of French president Francois Mitterand (which includes the Louvre Pyramid).

The Grande Arche looks rather like a hypercube, the three-dimensional representation of a tesseract, a massive cube about 120 yards to a side. Â Within it is a computer museum and a restaurant, and it is the center of “La Defense,” the major business district of Paris. Â Indeed, at this end of the Axe Historique, you see the modern Paris from which the historic Paris grew. Â If you can, try to take in the Grande Arche at night, when it is lit up, for an amazing view.

This is just one of the many great areas to experience in the City of Light.Â  For this and much more, please do not hesitate toÂ contact us.