Vallee d’Auge in Normandy: Where to Stay and Eat 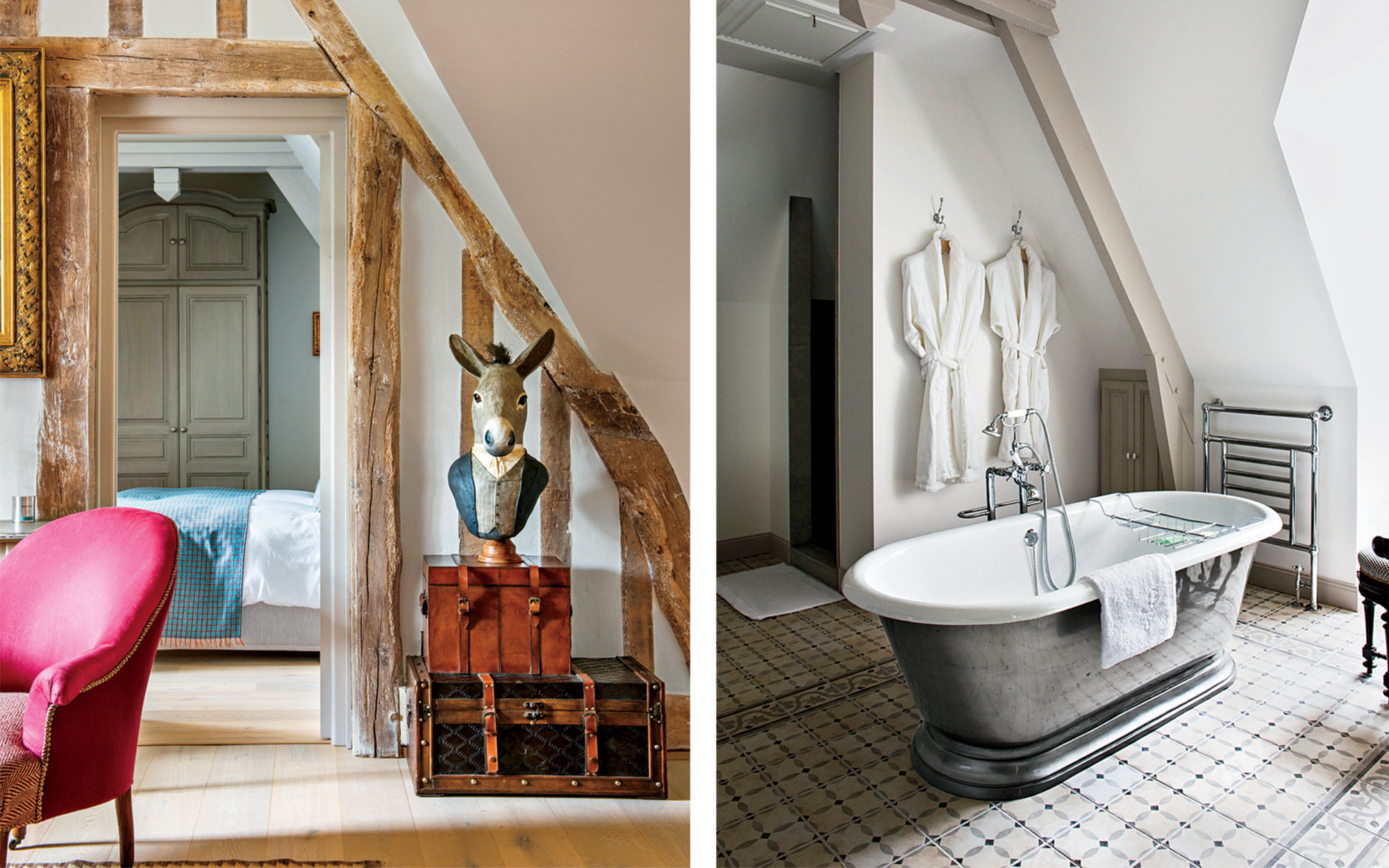 Your Dream Trip to France is Waiting in Seaside Normandy

Christophe Delaune, the effervescent creator of Le Domaine dâ€™Ablon, a group of new luxury demeures, or residences, in Normandyâ€™s Pays dâ€™Auge. This undulating region, traditionally associated with cider, Calvados, and Camembert, is home to the well-heeled seaside town of Deauvilleâ€”to which Parisians have had easy access since the capitalâ€™s Gare St.-Lazare opened in the mid 19th century. Deauville and its equally picturesque neighbor, Honfleur, are now established tourist honeypots (the latter attracts 3.5 million visitors per year) and, as is often the case with such places, have acquired something of a reputation for resting on their laurels.