How Brexit will affect British tourists travelling to Europe 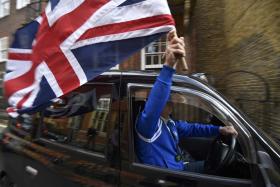 It’s no secret that Londoners love to holiday. Come summer, thousands of us jet off to sunnier climes around Europe, whether it be a beach break to the French Riviera or in Dordogne.

But how will travel to Europe be affected by the result of the EU referendum on Thursday June 24? Will Brexit make it be more expensive? Will we need visas? Will roaming charges increase?